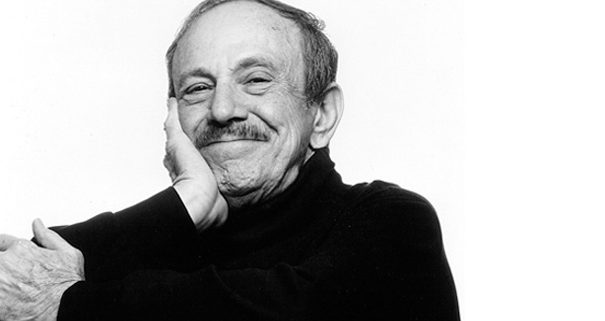 It was a brutally cold windy night last February in Manhattan, and as he bundled up to go out and conduct his big band at a local club, the great Cuban arranger, composer, and bandleader Arturo “Chico” O’Farrill looked alarmingly frail. A titan of Latin music for over five decades, he had been ill for some time and the illness had taken its toll. An elf of a man with a mischievous glint in his eyes that gave him a timeless quality, he now looked just small, suddenly old.

It was a short taxi ride to the supper club followed by a quiet, quick meal with some friends and visitors as the band members trickled in and took their places. Then at the appointed time, he quietly left the table, stood before his orchestra, and after a quick introduction he counted off, the music exploded and there he was, at work.

He played his big band as if willing the music, his music, out of the musicians. He conducted with small, crisp gestures. He was in control. For the ensemble passages, he leaned forward, listening intently as if to account for every note. He pointed at individual players, his eyes darting from section to section, now coaxing them, now reining them in. He seemed all business — then he would wink or offer a musician a quick nod of approval. He examined the scores before him with a peculiar curiosity, as if they were someone else’s. Now and then he allowed himself the slightest of smiles.

At that moment he was young and strong. He was where he was supposed to be.

O’Farrill died Wednesday at 79. Born in Havana of an Irish father and a Cuban mother of German descent, he was a jazz musician and fan who found his Cubanidad in New York. His father had sent him to a military academy in Georgia, hoping to instill some discipline in his truant son. Instead, “my interest in jazz started there,” O’Farrill once recalled with relish. “There is where I started listening to the great big bands on the radio . . . broadcasts from the big hotels in New York and Chicago. I remember distinctly hearing Glenn Miller, Benny Goodman, Artie Shaw. It was the revelation of a lifetime. They sent me there to straighten me out and it was worse.”

Back in Cuba, he began playing in small groups and studying music. After he discovered bebop, he decided he had to go to New York. “I was not very interested in Afro-Cuban music at that time,” he recalled. “I found it simple-minded. Of course, I hadn’t heard Mario Bauza and Machito,” who led the Machito Orchestra. “They were in New York but we didn’t know what they were doing. That’s when I saw the possibility of mixing jazz techniques — harmony, melodies, phrasing — with the Afro-Cuban concept.”

He had an apprenticeship in big-band writing, working as an uncredited or “ghost” arranger, which led to stints with Goodman and Count Basie, among others. But his signal contribution was to take Afro-Cuban jazz from the ballroom to the concert hall, showing both fans and doubters the extraordinary possibilities of this music. Others might have created the genre and still others might have been touted as kings of this and that, but it was O’Farrill who, in the apt line of Nat Chediak, author of the Dictionary of Latin Jazz, “was the first one who put Latin jazz in black tie and tails.”

And when in the mid-1960s he became disillusioned with the economics of jazz and there were family needs to be met, he turned to commercial work. “I found out that they were paying more for a 60-second toothpaste commercial than for a full chart for Count Basie,” he once confided with a shrug. The onetime ghost arranger this time disappeared from view until the mid-’90s.

A man of much grace, O’Farrill never expressed regrets publicly, but some of his close collaborators said his decision to submerge himself in the commercial music world at times weighed on him in his later years. His second career started in 1995, and the three recordings from this period show a master at the top of his craft. He revisited old works and he wrote new pieces, and all his music suggests a hard-earned strength and clarity.

In a conversation not long ago, he smiled wanly at the suggestion of how satisfied he must have felt about the Grammy nominations, the features, the positive reviews of his albums and concerts — in a word, his rediscovery. “Satisfaction?” he said with his typical rasp. “The satisfaction was getting out of the commercial world and start playing again with a big band, coming back to do what I love to do.”

On that February night in New York, leading his orchestra, he seemed immortal.

In his music, he is.

This essay as published by The Washington Post, June 2001.