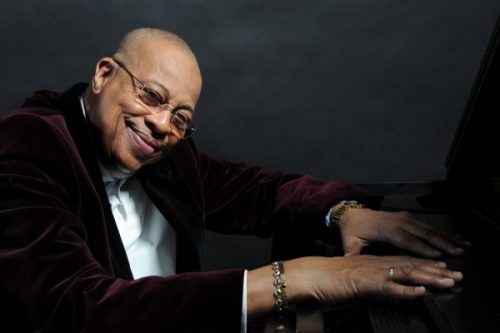 The geographic distance between New Orleans and Havana can be measured in miles. Musically, talk of distances can be deceiving.

Cuban pianist and composer Jesus “Chucho” Valdés (pictured) likes to illustrate the point with an elegant sleight of hand; he begins by playing Scott Joplin’s classic “The Entertainer” as a ragtime, and then subtly, imperceptibly at first, he gives the music a Caribbean lilt.
“If you change a rhythmic cell, it’s a danzón,” says Valdés. “Music is like a language: you change a comma, and it means something else. Here, you change an accent, and you are no longer in New Orleans; you are in Havana. ”

The relationship between New Orleans (founded in 1718) and Havana (1515) has been rich and complex, marked by a shared history — but also profound differences.
True, Spain effectively ruled New Orleans from 1769 to 1803. But the cultural differences among the enslaved Africans in the United States and Cuba, and the dissimilar policies of the European colonial powers, reflecting their Protestant or Catholic beliefs, set distinctly different cultural foundations.
Even so, until 1962 there was a fluid and substantial dialogue between New Orleans and Havana.

Tonight, Wynton Marsalis and the Jazz at Lincoln Center Orchestra, with Cuban guests Chucho Valdés and singer and percussionist Pedrito Martinez, reclaim that dialogue. In Ochas, New Orleanian Marsalis reinterprets the ritual music of La Regla de Ocha or Santería, an Afro-Cuban religion that syncretizes Yoruban (Nigeria) beliefs and practices with elements of Catholicism.
Santería worships a pantheon of orishas, or deities, akin to that of Greek mythology. Each orisha is addressed by a set of chants (sang in ancestral Yoruba), toques, or ritual drumming pieces, and specific dance choreographies. The batá, a trio of two-headed, hourglass-shaped drums of different sizes, is Santería’s ceremonial chamber orchestra.
Each drum has a distinct role. The small onkónkolo provides the basic, underlying rhythm, while the medium-sized itótele responds to, and converses with, the larger iyá, which leads and offers variations. As their patterns interlock, the complex textures become now dense and sturdy, now as delicate as latticework, reflecting the personality and qualities of the orisha.

“In the ceremonies, the dialogue is between the drums and the singer,” explains Martinez. “In this piece, the dialogue is between the batá and the orchestra, and what I especially like is that the arrangement respects the original melodies.”
For Valdés, an evening of batá and jazz orchestra also stirs up personal memories.
While Santería goes back to colonial times, the first concert featuring batá in a non-ceremonial public performance took place in 1936. It took another seven years for orisha songs to be heard on the radio, performed by singer Merceditas Valdés (no relation). Then in 1952, Chucho’s father, the great pianist, composer, and bandleader Ramón “Bebo” Valdés, featured the batá with his big band in a rhythm he called batanga. Twenty years later, Chucho Valdés created his own version of the jazz piano trio by using batá instead of the standard drum kit.

This foreshadowed the sound of Irakere, the brilliant 12-piece Afro-Cuban jazz fusion band that Valdés founded soon after and directed for 25 years. Valdés also features batá in his current group, The Afro-Cuban Messengers. Moreover, tonight, Wynton Marsalis and Chucho Valdés continue a conversation that started in 1996 at the trumpeter’s home, a conversation in which a

certain ragtime turned into a danzón.
“Even though we might be apart in time and distance, New Orleanians and Habaneros share a lot historically,” says Valdés. He pauses, then shrugs and throws his hands, palms up, as if explaining the obvious. “It’s that we are family, coño!”

Program notes for the Jazz at Lincoln Center program September 18-20, 2014