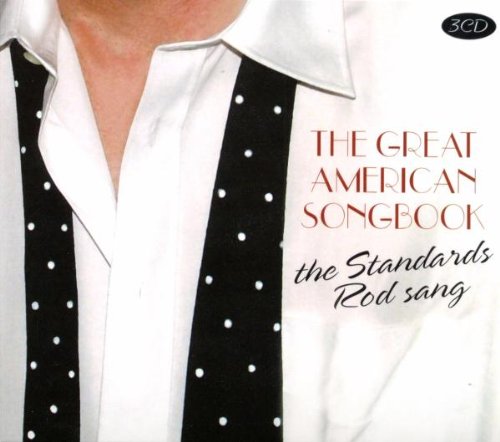 It’s been decades since jazz was led out of the Great Popular Music Paradise. And it still hurts.

True, in that time it has also gained recognition in certain circles not just as a noble social product but also as a worthy aesthetic and intellectual interest. This has had obvious benefits — including university-level study programs and serious philanthropic giving to jazz programs and institutions. But it has also had the perverse effect of further separating the music from the general public.

Some of this situation cuts to the very nature of the music and, as such, it’s unsolvable. The fact is, jazz is too complex, too storied, and too demanding as a listening experience to be popular music, and too raw, too unpredictable, and, ironically, too popular (too black?) to be classical music. And so jazz exists in a realm of its own.
Rod Stewart singing jazz. Deal with it.

It’s respected but not fully embraced — neither by the masses nor, with exceptions, the cultural establishment.

The ambivalence so many of us in the jazz community feel about this situation has been, and continues to be, reflected in the passionate skirmishes that have been waged throughout jazz history. We’ve argued about all kinds of issues, be it Nat “King” Cole’s success as a singer and Miles Davis going electric to turning rock songs into new jazz repertoire and the artistic merit of deejaying and remixing. Many of us like having the aura of smart outsiders cooly staying away from the loud, vulgar popular feast going on next door — but we also want to be invited in and dance with the pretty girl. Which brings us to this June issue.

Examining the jazz stylings of aging rockers such as Rod Stewart, or the brilliant blend of songwriting chops, surrealist lyrics, and pitch-black sense of humor in Donald Fagen’s music, or Roy Hargrove’s efforts to bridge jazz and hip-hop are all ways of taking a look at the relationship between pop culture and jazz.

It’s a relationship defined by ambivalence.

Yet the myriad trends we cover throughout the year, the fierce arguments, the use and misuse of the “jazz” label to sell goods, be they fading careers or expensive cars, all speak, each in its own way, to the music’s enduring relevance and vitality..

I, for one, am glad the Mr. Stewarts of this world have embraced jazz — however they understand it, whatever their limitations. I don’t care how they got to this place, I’m just glad they’re here.

There is no going back to the Great Popular Music Paradise, a warm, sunny (market)place where jazz artists top the pop charts. It would be nice. It won’t happen.

But this is great music. And it deserves a larger audience. So I hope a few million of Mr. Stewart’s closest friends, as they buy tickets and purchase his records, get intrigued and do a little exploring. There is so much more to this music.

I trust the truth and beauty of jazz will do the rest.

After all, it did with so many of us, didn’t it?