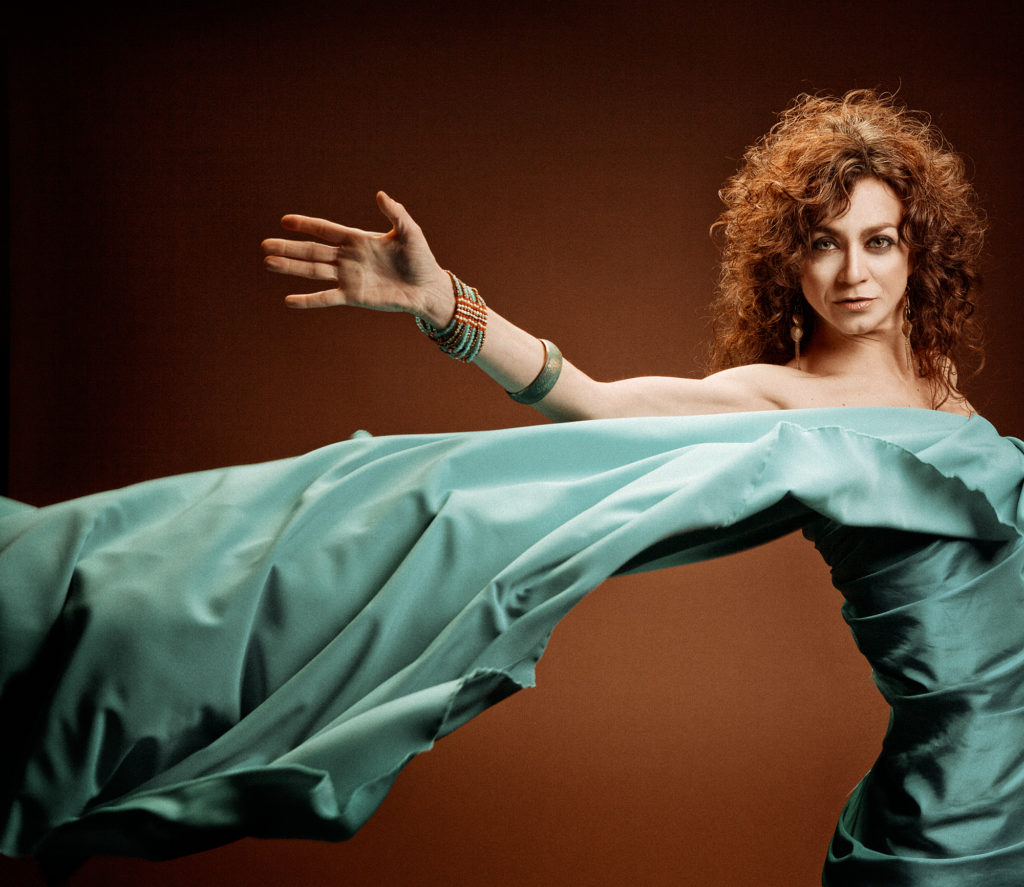 While introducing a song, halfway through her concert at Miami Dade County Auditorium, Friday, Spanish singer and songwriter Carmen París grumbled about globalization and what she saw as the resulting loss of traditional cultures. It was a curious observation for an artist who has built her career on blurring musical borders and subverting the tradition. Friday, París spent much of her show offering fascinating (and successful) global reimaginations of the jota, a traditional dance originated in Aragon, a region in northeast Spain, where she grew up.
Perhaps globalization is in the ear of the beholder.

Smartly accompanied by pianist Diego Ebbeler and percussionist Jorge Tejerina, París presented a program titled “En Sintesis” (Summing Up), in which she looked back at her 30-year career. She has a powerful voice, a phrasing tinted by tinges of tango, Cuban, and Mediterranean music, and an engaging stage presence. As for the repertoire, she offered jotas in which she braided elements of tango, cha cha cha, and Middle Eastern music (“Guarani”); tango and Afro-Cuban music (“Mucho Ringo-Rango”), and Afro-Uruguayan candombe (“Cuerpo Triste”). She also included, for good measure, a jota in English and Spanish (“Just One?”) that she has recorded with a big band.
But the program also included a nod to son (the anti-globalization “Chufla Dragón”); a piece she wryly introduced as “a quantum bolero,” (“Distancia Espeluznante”) and a beautiful, a capella version of Federico Garcia Lorca’s “La Nana del Caballo Grande.” As if to personify the theme of global encounters, a couple of old friends, Cuban singers Danais Bautista and Gema Corredera, joined Paris for one song each.

The political and economic consequences of globalization is a discussion for another day. But blending traditions is as old as humanity, as natural as a person moving from one village to another, bringing along instruments and memories. In the hands of an artist who truly listens and is as talented as Carmen París, the mixing, the borrowing, and the creative “stealing” offer unexpected possibilities to all involved.
This globalizing, we like.

This review appeared in Jazz With an Accent, October 2019