As singer Claudia Acuña launched into her first song at her concert at Festival Miami at the University of Miami, in Coral Gables, FL, a few weeks ago, her group´s swing, her own ease at coiling and releasing the melody, even her body language, all said jazz. But the words were in Spanish, and the song, “Gracias a la Vida” by Chilean singer-songwriter Violeta Parra, was no jazz standard but a modern classic of Latin American folk music.
To those familiar with the original song, the juxtaposition brought smiles and a few  “Can you do that to that song?” looks. To those who weren’t, this was simply jazz with an accent.
But for all of us at that show that night, it was also a glimpse into a world of possibilities.

Acuña is part of a younger generation of Latin jazz performers, composers, and arrangers that continues to expand and re-define Latin jazz by exploring the home-grown music styles of their native cultures with the tools, practices, and sensibilities of jazz. As they do, they are also growing the vocabulary of jazz by including not only indigenous rhythms and, sometimes, instruments, but also their own standards, songs that are part of what can be called the Great Latin American Songbook.

Latin songs have been part of the jazz repertoire – from boleros such as “Cuando Vuelva a Tu Lado”  (“What a Difference a Day Makes”), and Consuelo Velázquez’s “Besame Mucho,” to Antonio Carlos Jobim’s classic bossa novas. And some artists have begun to discover this Pan-Latin repertoire. Charlie Haden has been a pioneer at it for reasons both musical and ideological. But there have been others, including pianist Bobo Stenson (“Alfonsina y el Mar,” “Chiquilín de Bachin”), saxophonist Charles Lloyd (“Rabo de Nube”), and guitarist Al DiMeola (the music by New Tango master Astor Piazzolla, including “Libertango,” and “Adios Nonino.”)
Still, what this Latin jazz movement is bringing along, musically and perhaps commercially, goes beyond the chance to find the next novelty song or add the exotic touch. 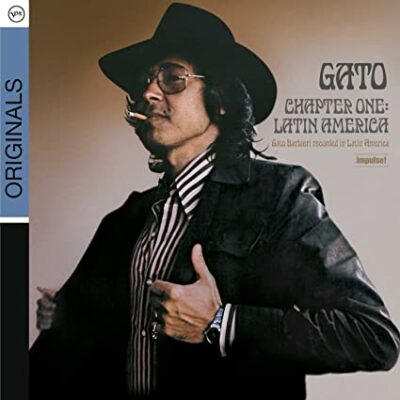 Songs become standards for many reasons, some are strictly musical (such as their harmonic and melodic possibilities), some reason are, for lack of a better word, social. The popularity of a song creates familiarity and that provides artists and audiences with a shared language. Or perhaps a particular tune has a social or political message. (An appeal to our childhood’s memories with “Someday My Prince Will Come;” an appeal to our conscience with “Strange Fruit.”)

The broad Pan-Latin repertoire still coming into view offers all of the above and more.

For starters, there is a musical wealth there – rhythmically, harmonically, melodically, and texturally — that deserves a closer look. (Lyrics in Spanish are a battle for another day)

And just as intriguing, the way these artists are operating on these songs, often coming closer to re-composition than arranging, is opening new ways to re-conceptualize both, the Latin repertoire and jazz standards.

Consider, for example, Argentine pianist Adrián Iaies, whose work includes both tango treatments of jazz standards (such as “Round Midnight,” and “Nefertiti” ) and jazz reworkings of tango classics.
There is no improvisation, in the jazz sense, in tango. Still, Iaies suggested, “tango is the popular music form closest to jazz, not only because of its origins – it’s rooted in black people’s music plus European [music] elements — but because the harmonic structure of a tango is similar to that of a standard.”

“Think of [tango classic] ‘Los Mareados.’ The intro, which is beautiful, is already a standard. Someone like Keith Jarrett would play half an hour over that — and then he’d still have a section in a minor key and a section in major to work with. In tango, you have sections in minor and major tonalities so you can actually tell two different stories, so when it comes to improvising you can set up different things. “
Conversely, he added, “any minor key [jazz] standard can be a tango. ‘Yesterdays,’ or ‘Alone Together,’ are tangos. They just forgot to write the lyrics. ‘Blame it on my youth,’ is a tango. ‘You and the night and the music,’ for me has always been a tango. [Monk’s] ‘Reflections’ has certain chromatic things that come very close to tango.”

As for the audiences, the reactions in the faces of some of the people in the audience at Acuña´s concert in Miami told the story. Many of them had never heard those songs played that way. They might have not have known that Acuña was doing her own version of  “Come Sunday” — but they certainly got what she was trying to do with Victor Jara’s “Te Recuerdo, Amanda.”  And now they were curious, edging forward in their seats. So this is jazz, too? What else you’ve got?

Which brings up another intriguing point: this repertoire comes with its own, large, ready-made audience, a potential new audience for jazz, perhaps unfamiliar with the jazz tradition, but certainly aware of these songs. And wasn’t reaching this kind of listeners part of the idea behind Coltrane picking “My Favorite Things” or  Miles playing “Human Nature”?

No, I don’t expect “Alfonsina” to become a standard – not yet. But given the demographic trends in this country (and the United States is already one of the largest Spanish-speaking countries in the world) and an untapped audience to the South, wouldn’t it make sense to at least explore this repertoire? As a jazz artist, what do you have to lose? Especially considering that the standard jazz book is past overdue for updating and renewal and even serious jazz artists keep trying and hoping that covers of songs by Joni Mitchell, Nirvana, The Flaming Lips, and Nick Drake, do the trick.
Yes, as I’ve been reminded over and over, the great obstacle for any of these great Latin songs to be brought into the standard repertoire is that most North American jazz musicians simply are not familiar with them. Fair enough.

If that’s the case, let me suggest that they might consider doing what their Latin counterparts have done, and still do, about the music in The Great American Songbook: Ask, listen and learn.