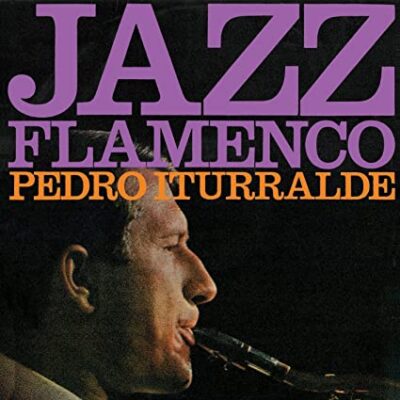 Madrid. In the short history of the flamenco-jazz fusion, jazz musicians have seemed more interested in flamenco than their counterparts in jazz. A flurry of new releases suggests this might be changing.

“In principle jazz and flamenco have nothing to do with each other,” says Jose Manuel Gamboa, a critic, and author of Guia Libre del Flamenco (Free Guide to Flamenco, SGAE, 2001) and himself a working flamenco musician.  “They are created in different but similar environments, and the musical contacts are circumstantial.  Both share an improvisational aspect and flamenco and some jazz are both modal musics. But flamenco has been much more stuck in place than jazz. The first jazz recording was recorded 17 years after the first recording of flamenco, but while flamenco spent so much time holding on to the traditional forms with an almost absolute dearth of harmonies,  jazz opened up more and more. Eventually, flamenco took harmonies from jazz and also from Brazilian music.”

“As for encounters,” continues Gamboa. “The first impulses have actually come from outside. The most significant move is Gil Evans – Miles Davis Sketches of Spain, but there was also [John] Coltrane’s Ole and even before that there are certain things. But for flamenco the impulse was what was done in America because flamenco musicians were people completely closed up in their own world so a lot of what happened out there didn’t mean much for them. Now that has changed.”

Gamboa cites the work of Spanish saxophonist  Pedro Iturralde, including Flamenco Twist (1963) a commercial spin to straight ahead jazz, and, especially, Jazz Flamenco (1967) featuring a young Paco de Lucia (who appears as Paco de Algeciras due to contractual obligations).

“In these [albums] you see a true meeting of the flamenco and jazz languages,” says Gamboa. “Paco plays por solea (a flamenco style) and Iturralde plays as if he were singing. That was something that had been done in the 1920s and 30s. El Negro Aquilino, a Cuban saxophonist, would play with Paco Montoya, the guitarist of El Niño de Marchena and he would do, say, a fandanguillo in the style of El Niño de Marchena, an play in his style of singing.”

It is Paco de Lucia who, in the late 70s, starts sketching a truer fusion. And later, musicians such as saxophonist Jorge Pardo and pianist Chano Dominguez, clearly set what Gamboa calls “a new language, not just jazz with flamenco touches, or flamenco with some jazz things but a new language.” Meanwhile, flamenco musicians such as guitarists Juan Manuel Caňizares and Rafael Riqueni, bassist Carles Benavent have collaborated with jazz musicians and participated in projects such as the Grammy-nominated Vince Mendoza-Arif Mardin project  Jazzpaña ( ACT 9212-2, 1993), featuring the WDR Big Band, Michael Brecker, Al Di Meola, Steve Khan, and Peter Erskine and Jazzpaña II (ACT Music + Vision, 9284-2, 2000), which feature Pardo, Dominguez along Michael Brecker and Fareed Haque.

Still, here is a quick view of some recent flamenco jazz releases.

Tomatito Paseo de los Castaños (Polydor  00440 0143132 6 38:07 * * *) As the long time accompanist of the late great singer Camaron de la Isla, guitarist Jose Fernandez Torres (Tomatito) has impeccable flamenco credentials. But he has also been open to explore pop and jazz, including collaborations with Neneh Cherry, Chano Dominguez and, most notably, Michel Camilo with whom he won a Grammy for Spain (Verve/Lola, 2000). Paseo de los Castaños is a solid, rather than inspiring, effort, easily balancing tradition and innovation. Here his rootsy style is shaded by gestures and harmonies drawn from blues, jazz, bossa nova, and even tango. George Benson joins him in “La Vacilona,” an original, contributing crisp, clean single note runs.

Marta Valdés  & Chano Domínguez Tu No Sospechas (Karonte LCD21 47:43 * * *) Cuban-born Marta Valdes is not a singer but a songwriter — and an extraordinary one at that. Pianist Chano Dominguez, who has been translating the vocabulary of flamenco to jazz with a Bill Evans-esque sensibility, is a terrific accompanist and here he brings along his regular trio mates, bassist Javier Colina and drummer Guillermo McGill. The results might not be impressive technically but are rewarding. Valdés, a limited vocalist, knows how to tell a story — and Domínguez knows the value of a pause, a gentle prod, a silence, an oblique commentary. 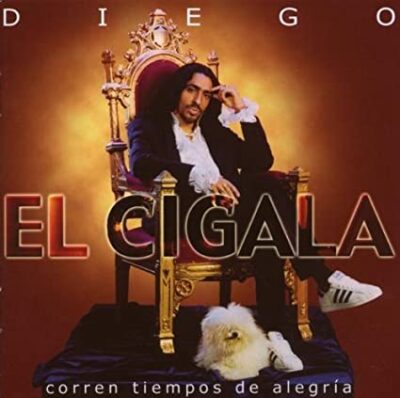 Diego El Cigala  Corren Tiempos de Alegría (BMG 744321 865421 2 43:21 *** 1/2) The improbable encounter of singer Diego El Cigala (Diego Jimenez Salazar), veteran Cuban pianist Bebo Valdés and trumpeter and conguero Jerry González, sounds remarkably organic. El Cigala is an ascending star in flamenco, rough-edged, expressive, and powerful. In the winter of his life, Valdés seems to have distilled a whole career into a lean, minimalist style spiced now and then with romantic flourishes. Meanwhile González, Bronx-born but, in the words of El Cigala, “the last pirate of the Caribbean sea,” sounds completely at ease (check his muted trumpet on “Monarcos y Republicanos” or “Gitanos de la Cava”) The highlights, however, are “Señor del Aire” and the classic bolero “Amar y Vivir” featuring Valdés.  The pianist is quoted in the notes as crying out at one point “Who is the Cuban and who’s the flamenco?” Actually, maestro, it’s hard to tell.

Martirio “Mucho Corazón” (52 PM 04 41:26 * * * ½) Singer Martirio (Maribel Quiñones) started in the early 80s as a post-modern rocker tonadillera (traditional Spanish song) and has grown steadily as an exceptional, adventurous, jazz-influenced chanteuse. Mucho Corazón completes a trilogy of discs in which she revisits the Latin American songbook with her highly personal flamenco-jazz sensibility. It includes classics such as Jobim’s “Insensatez,” the classic tango “Naranjo en Flor,” and the bolero-filin’ “Verdad Amarga.” 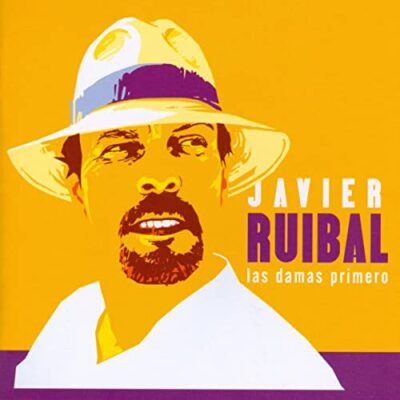 Javier Ruibal “Las Damas Primero” (18 Chulos 51107 48:28 ****) Ruibal is neither a flamenco singer nor a jazz musician but rather a flamenco and jazz-influenced singer-songwriter. Check his terrific Pension Triana (Don Lucena, 1993) featuring Domínguez, Pardo, and Martirio among others. Las Damas Primero, his sixth album, might be his pop masterpiece, thus far. Richly poetic lyrics (the subject of all songs is women, hence the title), catchy pop-flamenco music smartly arranged, including elements of jazz, salsa, North African, and Brazilian music. A gem. Find it.