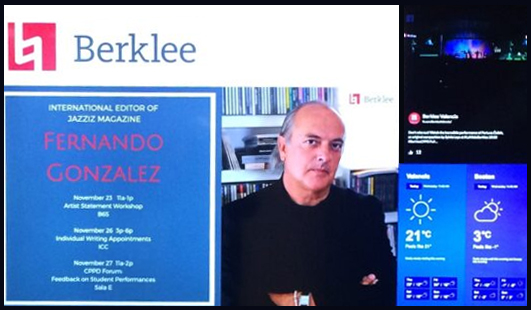 Working with Casey Driessen, Program Director Contemporary Performance (Production Concentration) Berklee College of Music, Valencia Campus,  in 2018-2019 we offered a series of workshops under the umbrella Writing for Musicians, covering subjects such as Artist Statements, Bios, Press Releases, and Criticism.

The idea behind this project was that these days, musicians must also be entrepreneurs and, as such,  be able to communicate clearly and concisely about who they are and their work.
The Artist (or Project) Statement’s focus was on how their music reflects their personal histories and interests and what they want to communicate. To that effect, the assignment included questions such as: Are you building your music on the history of one genre, one style, or are you drawing from various sources? How does your music relate to your personal history? Are there any social, spiritual, or political issues underlining your work? 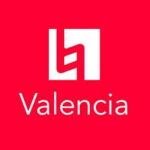 These students might never feel the need to write an artist statement again, but it’s a safe bet that elements of these notes will be part of their bio, press releases, and interviews.
The bios were reviewed, corrected, and sent back for a final version, which was graded.

Our last exercise was having the students writing reviews. The goal was to have them look and listen to a performance as part of the audience, not as musicians, writing about music (they will have to talk or write about their music at some point), and gaining a better understanding of a reviewer’s role and approach.
It was divided into two parts: First, the students’ assignment was to choose between several videos of live music performances and write a review. The second part involved peer-reviewing. Using the opportunity of the Forum, a regular performance workshop in which a group of students presented one piece each. The members of the class not performing would become the reviewers. The following week, the roles would reverse; the “reviewers” would be performing while their classmates would be the writers.