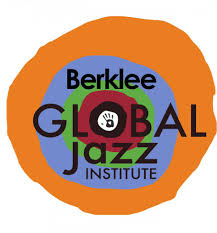 Developed in collaboration with Danilo Pérez, founder and artistic director of the Berklee Global Jazz Institute, and Marco Pignataro, the Institute’s managing director, this Creativity and Expression in the Arts course explored an interdisciplinary approach to music-making.

The central idea was to examine conceptual frameworks and methods in other art disciplines and then use them in practical exercises to explore fresh creative strategies in music composition, performance, and improvisation.

It was designed to fulfill the Institute’s goal to Create an interdisciplinary music program where students may explore their creativity at their highest level.

The pilot course took place in the Spring Semester of 2011 and culminated with a concert at the Boston Public Library, free to the public, featuring compositions written to selected artworks and texts, which were projected on to the back screen.

This pilot course explicitly focused on the concepts and techniques in visual arts and literature.

The late Professor of Liberal Arts Henry Tate led the exploration of visual arts. His lectures included a visit to the Museum of Fine Arts. Professor Tate explored the classic techniques and concepts of three painters, three paintings: Poussin (Fr: 1640): “The Rape of the Sabine Women” (Metropolitan Museum, NYC) with the Louvre’s “Sabine Women Trying to Stop the War between the Romans and the Sabines” (Jacques-Louis David, 1799) and the MFA’s Picasso “Rape of the Sabine Women” (1963)

Fernando González led the exploration of poets such as William Carlos Williams, Walt Whitman, and Pablo Neruda, and their use of meaning, sound, and rhythm. We also analyzed the use of the sounds in the texts in Steve Reich’s The Desert Music (1983), a cantata that set to music passages from three poems by Williams Carlos Williams; and Fred Hersch’s Leaves of Grass (2007), which features selected texts by Walt Whitman.