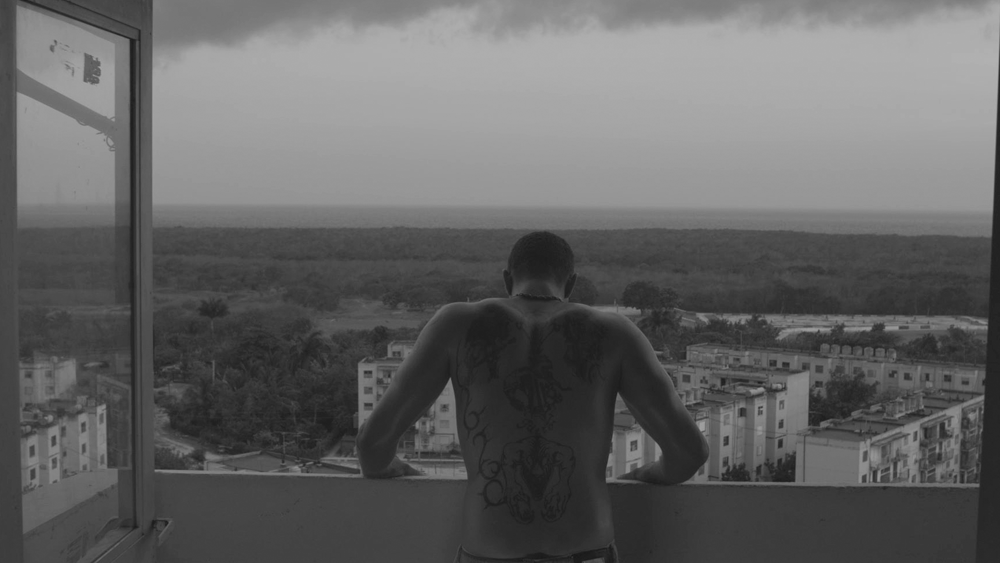 One of the most intriguing series in the 32nd Miami International Film Festival is, without a doubt, the Emerging Cuban Program. Smartly made with limited means by an enterprising young generation of directors, some not yet in their 30s, the films include both features and shorts, dramatic pieces, and documentaries.

These are often intensely personal explorations of a country’s faded dreams (“The Project of the Century” part of the Knight Competition) and crumbling past (“Hotel Nueva Isla”); of honorable, creative lives lived in difficult circumstances (“Digna Guerra,” “Memorias del Abuelo”), or the peculiar perversions of “a good man” (“El Mundo de Raúl”).
“Cuban cinema exists today because the independent Cuban cinema exists,” says Miami-based Cuban filmmaker and screenwriter Orlando Rojas, one of the festival’s programmers. At a time when the Cuban Institute of Cinematographic Art and Industry, which is Cuba’s official film institution, has “basically disappeared” as a production house, “independent cinema is the only chance for Cuban film to have any viability.”
These filmmakers “are all artists living and creating in very precarious circumstances,” says Rojas. “They are not politicians. None of them is interested in making political banners. What they want is to create a new cinema within the circumstances in which they were born, and of which they are not responsible. Now, when they reflect the reality of Cuba they are very political — but not in the old, stereotyped sense, stuck in old positions that by now are more than 50 years old.”

Festival Executive Director Jaie Laplante says he was “really inspired by this movement of young people putting their films together on their own. It’s hard enough in any country, but it’s particularly tough in Cuba. We were inspired by the resilience of these filmmakers and wanted to honor them and their work.”
In part because of Cuba’s economic collapse and the lack of official support, by the late ’90s independent productions began to emerge, says Rojas. By 2000, he says, there were films such as the independent feature “Frutas En El Café” by director Humberto Padrón, who now lives in Miami, produced outside the official channels.

For Carlos Machado Quintela, the director of “The Project of the Century,” an independent filmmaker in Cuba faces the professional challenges independent filmmakers face anywhere but, “because it’s Cuba, it’s always going to be more controversial.”
“The [Cuban Institute of Cinematographic Art and Industry] is not what it used to be; maybe it’d give you a chance to make a film,” he says. “Obviously, it’d be the film they wanted. But given the [economic] crisis they simply don’t have the money to finance movies, or all they can do are very low-budget films. ‘The Project of the Century’ is an Argentine-German-Swiss-Cuban co-production. If you can get outside financing you can circumvent having to work with an institution that can offer you the same support or less but still forces you to work in old ways and under a bureaucracy that doesn’t do you, or your film, any good.”
Still, he says, the institute “collaborates and provides services we have to pay for, but at a lower rate. Within Cuba, people normally have to work with an institution, be it the Cuban Institute of Cinematographic Art and Industry, the Movimiento Nacional de Video (National Video Movement) or the Cuban Institute of Radio and Television. Working completely independent would mean doing it without permits and that would be madness because you’d be taking a chance with your budget.”

Director Marcel Beltrán (“Digna Guerra,” “Memorias del Abuelo,” “Cisne cuello negro, cuello blanco”) notes that the independent filmmakers still depend on the Cuban Institute of Cinematographic Art and Industry for “giving the films their nationality, or to help with shooting permits and that kind of normal film needs,” but these films “are made outside the institutional boundaries so the institution does not decide the final cut, or the subject matter or what is the stylistic concept.”

“We don’t have film legislation. We don’t have places where to apply for funding, so we go to international places such as Ibermedia, or Cinergia or Tribeca for our projects,” explains Beltrán.”

Stylistically, this generation of Cuban filmmakers “is still developing,” says Rojas. “But I have a tremendous admiration for them. They take chances. The films are personal, artistic. For some people [these films] might be too slow, too long here and there, but when you stop and think about it you realize they are breaking with everything that came before them. You look at a work like “The Project of the Century” and [realize that] that way of telling a story has no precedent in Cuban cinema.”

And these filmmakers are not just interested in looking inward and addressing all things Cuban. “They also want to go out into the world and be of the world,” says Rojas.
Rojas talks about how director Jessica Rodríguez, now living in Madrid, told him she had been criticized by some for having shot films in Madrid [“Crac!”] and Alexandria, Egypt. [“Ahlam”]
“And her answer was, ‘I am Cuban. No one says [Alejandro] Gonzalez Iñarritu [the director of Academy Award winner “Birdman”] is not Mexican because he films in the United States. I love to make films in Cuba. But I love to make films, be it in Cuba or in Egypt.’ And of course, she is right and it’s her right as a person as an artist. ”

That the festival has chosen to showcase the work of a young generation of independent Cuban filmmakers at a time when momentous changes for Cuba and its relationship with the United States are in motion is a felicitous coincidence says Executive Director Laplante.
“We actually had this idea well before the surprise December announcement [of opening negotiations between the United States and Cuba],” he says. “It was the result of a process over several years. People would ask us why we wanted to do this, and we said, ‘There are changes in the air.’ And here we are: We don’t know exactly how it’s going to look, but artists are at the forefront of that change.”

This story was posted on the Knight Foundation blog, March 2015