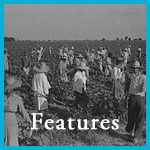 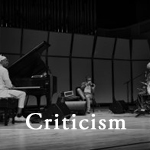 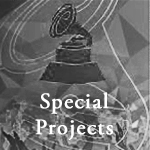 The Heart of The Blues (The Miami Herald)

This is the heart of the Delta, a brooding, magnificent plain in northwest Mississippi that runs south to Vicksburg, east to Mississippi's central mountain range and spills over into Arkansas to the west and Tennessee to the north.
The blues were born around here at the turn of the century, and its ghosts still haunt the place. 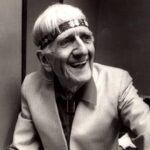 Gil Evans' career, like his music, defies convention. Most great creators in jazz made an impact early in their lives, then settled for a steady, gentle decline -- or died young. Evans, a self-taught pianist, and arranger was 45 years old when he first recorded an album under his own name. He had is debut as a solo piano player when he was 67. Now, in his 70s, he leads one of the most daring, powerful bands in jazz. 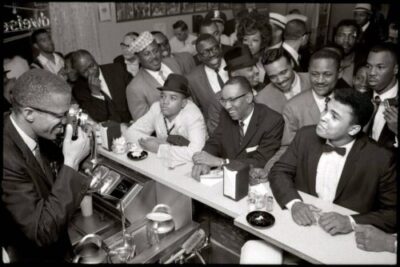 [...] Once touted as “The Social Center of the South,” the 50-room Hampton House Motel and Villas were, in the 1960s and up to the early ‘70s, a prime destination for African-Americans in segregated Miami. Located in Brownsville, then a thriving middle-class neighborhood, the upscale Hampton House mirrored the best white-owned hotels to which African-Americans did not have access. It featured amenities such as 24-hour room service, valet parking, a swimming pool, an 18-hour dining room, and a top-rate jazz club. 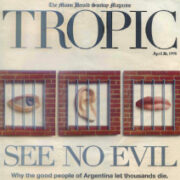 Tourists in Buenos Aires don't take pictures of auto inspection garages in Floresta, a working-class neighborhood, but I was not exactly a tourist and I knew this place as something else.
I had seen it before -- if only in photographs more than a decade old. It looked changed.
``Hey, what are you doing? Come over here.'' 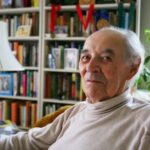 In the late 1960s and early 1970s, Latin American literature burst into the English-speaking world with astonishing force. Works such as Gabriel García Marquez's One Hundred Years of Solitude and The Autumn of the Patriarch, Julio Cortazar's Hopscotch and 62 Model Kit, and Mario Vargas Llosa's The Green House established the newfound power and imagination of a young generation of Latin American writers.

These books also confirmed the talent of Gregory Rabassa, the man Garcia Marquez has called "the best Latin American writer in the English language." But Rabassa doesn't write books; he translates them.