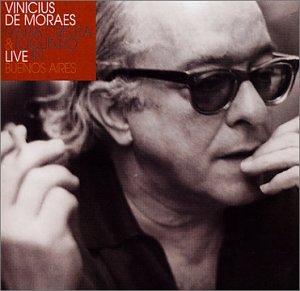 Reissues are a chance to catch up with the past and, occasionally, reassess not only history but also the present. That’s the case with several recent releases – including a couple of reissues and two compilations.

Poet, diplomat, bohemian extraordinaire Vinicius de Moraes was perhaps the greatest lyricist in bossa nova. His collaboration with Antonio Carlos Jobim produced classics such as “Chega de Saudade,” “Insensatez” and, of course, “Garota de Ipanema.” But Vinicius, as he was known, also had a career of his own as performer in the 1970s until his death in 1980. His collaborator in this period was guitarist Antonio Pecci Filho, best known as Toquinho. Live in Buenos Aires (Circular Moves * * * *), featuring the pair accompanied by singer Maria Creuza and an Argentine rhythm section, is a period classic. It was recorded in 1970 and released originally by the Argentine label Trova as “Vinicius de Moraes en “La Fusa” ,” a popular club in Buenos Aires where the group had had a very successful run. As it turns out, the album was neither recorded live or at the club. In fact, it was recorded over two nights at a local studio before some guests. According to Vinicius own notes, applause and ambient from “La Fusa” were added in post-production. That said, even more than 30 years later, the performances retain a marvelous mix of casual exactness, warmth, and freshness. The effect suggests listening in on an impromptu session among friends at someone´s living room — and the tunes ain´t bad either. The set includes classics such as “A Felicidade,” “Canto de Ossanha,” “Eu Sei Que Vou Te Amar” and, yes, “A Garota de Ipanema.” 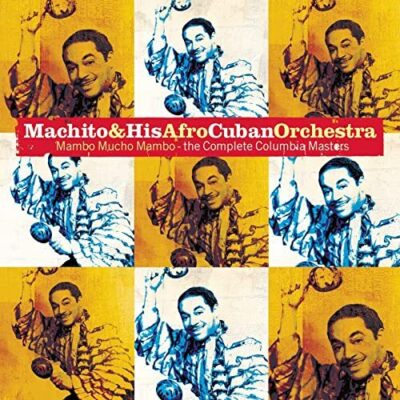 Back in the 1940s Cuban singer, songwriter and bandleader Frank “Machito” Grillo and his friend and brother in law, multi-instrumentalist, composer and bandleader Mario Bauza put together Machito and His Afro-Cubans and revolutionized the sound of Latin music – and, arguably, by extension, mainstream American popular music. Mambo Mucho Mambo The Complete Columbia Masters Columbia Legacy ( * * * * ) is evidence if evidence was needed, of why Machito and His Afro Cubans still remain the high watermark of Latin big bands. Machito, and underrated sonero, leads, floats, prods, leans back on the beat and generally rides gracefully a band that can be suave and brawny in the span of a musical phrase (just check “Mambo A La Savoy” or the signature “Mambo Inn”). The Cuban rhythms (and the sabor) are true – but so is the swing and the lush jazz harmonies. That was Bauza’s idea, “a perfect marriage, hand in hand, in which neither side loses their identity” as he once put it, and the combination sounds as fresh and powerful today as it did 50 years ago. A gem.

Ernest “Tito” Puente recorded more than 160 albums in his lifetime. Hot Timbales (Concord Picante * * * 1/2 ) simply repackages “Out Of This World” (1991) and “Mambo of The Times” (1992). Puente had a típico side and a jazz side, which was nurtured to great success in the latter part of his career by the Concord label, as these albums confirm. The sets are comprised mostly of Latinized standards (“´S Wonderful,” “Passion Flower” “Out of This World”) paced by a few Puente originals (check the marvelous “Lucky Dog” for the full Puente treatment). The bands sound tight and the arrangements, mostly by Puente and keyboardist Brian Murphy, strike as fresh but true to the traditional Puente style for large ensemble, heavy on the rhythm, crisp and muscular. It has been said that if the Machito band was the Ellington band of Latin music, Puente’s was Basie’s. In the 90s, it still was. A treat, these recordings feature Puente on vibes in several tracks (“Out of This World,” “Passion Flower” “Jitterbug Waltz”) and even in marimba (“Japan Mambo”). 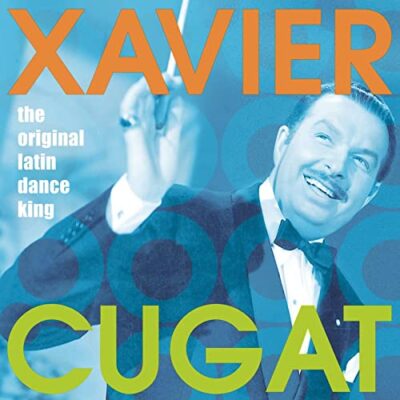 Often dismissed off hand as a sort of Paul Whiteman of Latin music, Spanish-born violinist and bandleader Xavier Cugat was a great popularizer of Cuban music in the 1940s. Traditionalists might have a case, but as The Original Latin Dance King (Columbia Legacy * * * 1/2) reminds us, Cugat and his band were no slouches. True, his style of Latin music was smoothed out and sanitized for mainstream audiences (every non-white music style in the United States seemingly needs its Elvis – or its Whiteman) but the arranging and playing was both unabashedly commercial and impeccable. Purists might cringe at Cugat’s polite version of Chano Pozo’s “Anana Boroco Tinde” or hearing “Cuban Mambo“ almost as a campy parody of the mambo era with its English lyrics. But also check tracks such as “Coco Seco,” the delightful cha cha cha “Suavecito” or Arsenio Rodriguez’ “Yo Ta Namora.”

Cugat wanted his crossover and his Cuban music too — and as The Original Latin Dance King reveals, it turns out that more often than not, he got them both.

This column was published in downbeat magazine