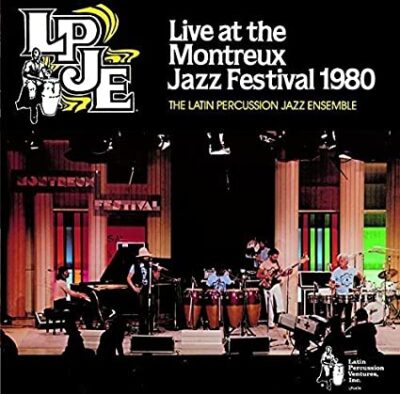 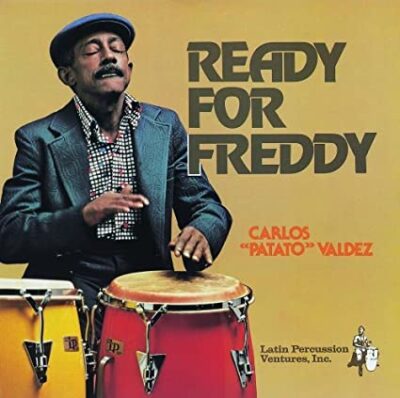 The Latin music industry in the United States being what it is, some of the best Latin music on record in this country in the late 1970s was released by a small label run by a non-Latino, non-musician who started it as little more than a promotional operation, out of his house, for his brand of percussion instruments.
But the recordings — featuring artists such as Tito Puente, Carlos “Patato” Valdes,  Jose Mangual, Jorge Dalto, Luis “Perico” Ortiz and Alfredo de la Fe — were a critical success and a financial failure.
After 16 titles, the label went out of business. Thousands of copies, after gathering dust in warehouses for years, ended up being sold to wholesalers for cents on the dollar.
The only place to find these albums was in the vinyl bins of some used record shops. But now the LP Music Group albums — featuring impeccable sound, original cover work, and notes but, alas, no previously unreleased material — have been reissued on CD.
“Wherever I would travel, Latin music fans, the cognoscenti, would ask me: ‘When are you coming out with those albums again?,’ ‘Those were great albums .’,” explains Martin Cohen, founder of Latin Percussion, the percussion instrument manufacturer. “So after a while you say ‘OK, maybe they have some financial potential now and might give us an opportunity to recoup my losses.’ And we did it. That was it.”

Cohen, a mechanical engineer by trade, is a dedicated Latin music fan who started his company in the mid-60s. His first recordings, in the early 70s, were “very impromptu, in my studio in my house in New Jersey and ultimately became a flexible record, the kind that used to be found in magazines.”
“At that time, I had a tape recorder and guys like Jose Mangual Jr. and Milton Cardona and Pablito Rosario hanging out in the house … so we did it,” he says. “Basically, I knew that the world at large wasn’t really familiar with Latin music, and if I couldn’t influence the world at large and make them aware of these rhythms I’d  never be able to sell product and support my family.”
In 1974, he assembled an impressive group of percussionists, including Jose Mangual Sr., Cardona, Manny Oquendo, and Carlos “Patato” Valdes, and recorded “Understanding Latin Rhythms Volume 1.”  It was a sampler of Latin rhythms, says Cohen, “kind of primitive by today standards, but the recording was pretty good.” It was work that whets his appetite to do more recordings

“I guess I did it because I loved the music and to create a market [for the instruments], but also I just really wanted to work with the people I so admired,” explains Cohen. “I just didn’t like to be a spectator. I wanted to be involved somehow and recording was the most logical thing. I never considered myself a musician, I never was a musician, so I became a facilitator.”
When asked about unreleased tracks, Cohen says that “probably” there are some but having been burned by high expectations before, he wants to wait and see.
“At this point,  not knowing for sure of having any measure of success, I just wasn’t interested in going back and remixing and looking for outtakes,” says Cohen. “When you finance this yourself is hard. I mean, it would be throwing good money after bad. But early indications are that the product is being very well received so we’ll see.”

Two terrific sessions by “Patato” Valdes, a leprechaun of a man with a Cheshire cat smile, fast hands, and a rare melodic flair. These are master classes of Afro-Cuban drumming — fresh, intimate, loose (often they suggest friends hanging out) but also rich in nuance and detail.

Two editions of a group initially put together by Cohen as a way to promote his instruments in Europe. There were four tours in all. The original group featured on Just Like Magic, included Eddie Martinez on piano, Sal Cuevas on bass, and Johnny Rodriguez  Jr. on percussion – along with Puente and Valdes on timbales and congas respectively. Synthesizers (apparently played by Puente, no less), some English lyrics, and badly dated funk aside, this is a solid, rather than inspiring, session.

The Live at Montreux … album features a one-of-a-kind LP Jazz Ensemble with Jorge Dalto on piano, violinist Alfredo de la Fe (“Alfredo weaseled his way into the last tour,” says Cohen with mock (?) frustration, and Michael Viña on bass along with Puente and Valdes. No, the playing is far from spotless (de la Fe’s intonation is at best suspect throughout, for example), but there are moments of sheer brilliance, the grooves are consistently in the pocket and the energy is like a double dose of café Cubano.

This feature was column for downbeat magazine