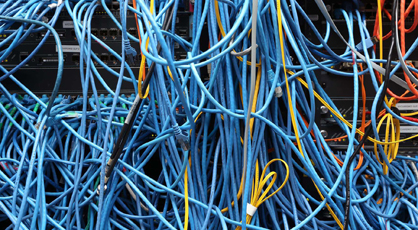 When art and technology meet, the collision is bound to create sparks of inspiration. That’s what happened during the Art Hackathon, which took place Sept. 20-21 in Miami.
The hackathon was a collaboration of The LAB Miami and The YoungArts Foundation with the support of the Knight Arts Challenge, which The LAB won in 2012. About eight teams worked over two days at YoungArt’s Biscayne Boulevard headquarters focusing on creating apps to make it easier to discover, interact with, or enjoy art.

There were practical apps with an educational bent, such as the winning project MIArt by the team comprised of Brian Garbarz, Augusto Peña, and Claudio Romano; but there was also playful approaches such as Art Dare You—a game app inspired by both “Truth or Dare” and “Whose Line Is It Anyway?”—by the team of Isabela Dos Santos, Katherine Martin, and Robert Hellestrae, which was the first runner-up.

The two second runners-up were ArtWalker, an app to create customized tours of art spaces, by programmer Sean Emmer, and ArtSpaces, an app that works with QR code to capture and share information about art and artists, by David Shaw and Randy Jarrin.

A jury evaluated the projects, and the prizes consisted of $1,500 for first place, $500 for the first runner-up, and $250 for the second runners-up. All teams also receive one free month at The LAB Miami and a meeting with LAB co-founders Wifredo Fernandez and Daniel Lafuente to discuss the future of their projects.

The event attracted newcomers such as Emmer (“This is my first hackathon. I’ve been doing Web applications for about two months so I’m relatively new to it”) and also experienced designers such as Yair Szarf, who participated in the MIA Music Summit in March. “Oh man, I love these events. It’s great. You meet people, talk to all kinds of developers, the press, people who are curious about what you do. It’s awesome.”

For Richard Bookman, senior adviser for program development and science policy at the University of Miami Miller School of Medicine, the hackathon “is just a first step in connecting the world of the arts with the world of technology.”

Bookman, a champion of civic hacking as a tool for redefining the relationship between people and government, was the key organizer in last year’s Civic Hackathon at The LAB for the National Day of Civic Hacking. He was instrumental in forging the collaboration between The LAB and YoungArts. He also juried the event with Fernandez and Lafuente.

For Hal Pawluk, a self-described “unretired” high-tech marketing executive who attended Art Hackathon to learn about how art and technology can work together, it’s all part of a process.

“We don’t have a world-class infrastructure yet,” he says. “But to me, Miami’s got a whole growth energy going on right now.”