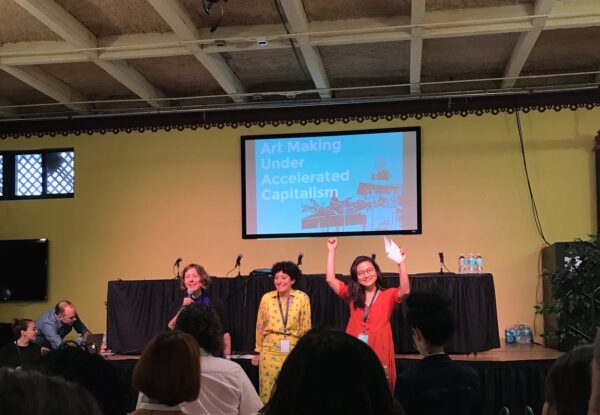 The impact of Art Basel in the ecology and business of art in Miami is undeniable. The catch for artists and arts organizations now is not to be made invisible by such success stories. Survival and growth were very much subjects of the 2016 Common Field Convening, a four-day gathering of over 300 participants including visual arts organizations, arts activists, and artists, at the Little Haiti Cultural Center in Miami this past weekend. The event, a collaboration between Common Field, a national organization, and local partners BFI, Cannonball, Dimensions Variable, and Locust Projects, was supported in part by Knight Foundation.

“So much of what we do here at an alternative art space level is obscured by the market forces and Art Basel, and this is such a strong, vibrant community, young artists, weird spaces, alternative publications, so many people doing great projects at many levels,” noted Naomi Fisher of BFI, in her Friday evening introduction. “And they don’t get the same kind of attention [that Art Basel gets] and we just want to make clear how important this is in the community and share things we’ve learned from working in an extreme hyper-capitalist economy with very complicated relationships with developers and gentrifying forces and the sea level rise and hurricanes and Zika and all these wild stories. And within all that, there are really smart people doing things … and we want to make sure that everyone is growing together.”

For Stephanie Sherman, co-director of Common Field, “Our hope is that this is a catalyst for groups in Miami, even the more established, but especially the smaller ones, the artists that are organizing, to be able to advocate their local communities. “

The gathering had four major topics — “Accelerated Capitalism,” “Transitions: Evolving Organization Models,” “Gentrification and Sustaining Neighborhoods,” and “Critical Programs, Critical Ideas” — which were addressed by two main panels every day, one in the morning, one in the afternoon, followed by breakout sessions, some more theoretical, some eminently practical, “so you could choose what path you like to go into … and have your experience according to your needs,” Fisher explained later.
The program also included workshops and lightning talks, curated from submissions by the participants. 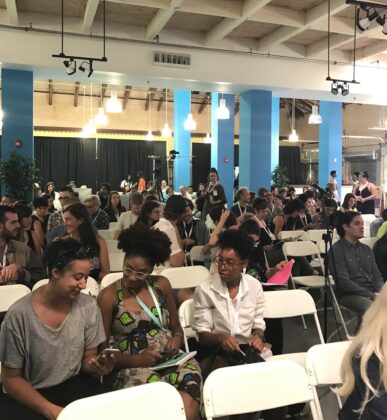 “Miami is trying to set itself as a cultural hub, and it’s becoming so really fast,” said Edouard Duval-Carrié, a pioneer artist in Little Haiti and co-founder of Miami´s Haitian Cultural Alliance. “But while the infrastructure is there, at the same time I wonder if there is a lack of understanding [about the arts community]. This city is not only attracting tourists but a whole core of artists. Artists are coming sometimes in spite of Miami. So how do we accommodate these artists when they come? They are of utmost importance for the development of this city.”

Duval-Carrié, whose studio is in the same area where the Little Haiti Cultural Center is located, sounded especially concerned about practical matters such as low-income housing for artists (“The city has to realize that they need the creative community and it needs to create areas where artists can live at a reasonable expense.”) and gentrification, one of the main subjects of the gathering. Little Haiti is already being discussed by some as the-next-big-thing, ready for rediscovery.

“ I’m seeing change very fast,” says Duval-Carrié. “And I wonder what it’s going to become.”
This process – artists and spaces being welcomed to a depressed city area until their activity revalues it, then, as developers capitalize on the newfound livability of the place, those same artists and spaces get priced out — is not new and is certainly not confined to Miami —something underscored by a panel on gentrification with participants from Opa-Locka, Washington, D.C., New Orleans and Green River, Utah.
For Fisher, whose organization is now “nomadic” because of high rents, “as the city gets more expensive, we are trying to figure it out. How do you still exist?”

“So much of our consciousness of alternative art is through Art Basel, aka the art market, and many people didn’t understand why I just didn’t put all my energy into purely market-based art. But that’s not why I’m an artist,” she said. “I’m an artist because I believe in the power of contemporary art. I believe that it can change minds, it can change lives, and it can offer a place to experiment with failure in a way to re-envision the world. Everything about me being an artist is about finding a better existence. Not all art is about selling for a certain price tag. Art for me it’s about community, about bringing change.”