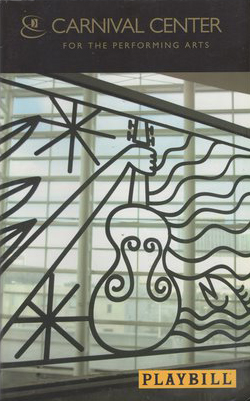 In his essay “The Case for Contamination,” which appeared in the New York Times magazine in January, Ghanaian philosopher and Princeton professor Kwame Anthony Appiah addressed several issues surrounding globalization, including diversity, what he calls “cosmopolitanism,” and the often paradoxical notion of “purity” in culture.

“Cultures are made of continuities and changes, and the identity of a society can survive through these changes,” he wrote. “Societies without change aren’t authentic: they are just dead.” Appiah could have been discussing Miami, a place where constant change, issues of identity, and the push and pull of tradition and modernity, nostalgia, and renewal are not just theoretical pursuits but the fabric of our life. Or he could have been talking about jazz, especially global jazz, a music that has the spirit of the jazz we know, but also tells stories, speak with accents, and sometimes uses instruments that both sound familiar and new.

In jazz, especially in global jazz, issues of change, identity, preservation and innovation, nostalgia, and renewal are played out, without a net, just like in real life, every time someone takes the stage. If you were at one of our counselors at the Carnival Center for the Performing Arts in Miami, you’ve heard it. If you haven’t yet, there is more to come.

Since its inception, Jazz has been a music of its time, adapting, incorporating new elements, discarding others — in sum changing to remain vital and relevant. The small size of bebop groups once had much to do with aesthetics as with the economics of big bands and the dimensions of the clubs willing to house jazz. Free jazz was as much about liberating musicians from conventional notions of rhythm, harmony, and melody as it was a commentary on the social battles being fought at the time. Miles Davis plugged in and funked it up largely because, well, with a nod to Willie Sutton, that’s when the audience was.

In the 21st century, our culture faces challenges not only from globalization but also from fundamentalisms of all stripes. And you can hear it in jazz. The music, again, is adapting, responding from both within and without. At “home” in the United States, by growing increasingly pluralist, continuing to absorb accents, world views, and aesthetics, including those of artists such as New Orleans trumpeter Irvin Mayfield, Miami-born singer Carmen Lundy, and Cuban trumpeter Arturo Sandoval. Abroad by becoming a means of expression for musicians such as Argentine pianist Adrian Iaies, Danish guitarist Pierre Dorge and his merry band, The New Jungle Orchestra. French pianist Jean-Michel Pilc, and so many others. They have appropriate and some of the sounds and attitudes and esthetics and syntax of jazz but chose to use it with their own language, renewing both, jazz and their own traditions.

That all this might sound suspiciously familiar. For those of us living in this border town at the turn of the century, a place of tourists and refugees, scam artists and visionaries, cyberpunks and nostalgicos, jazz, the sound of surprise, plays like a necessary provocation, a guidebook for living with change; an inside joke, a password, a fiendish never-to-be-completed puzzle. More to the point, it’s a music that, as we come closer, plays like a soundtrack to our lives.

Essay for program book by Fernando Gonzalez,  2005-2207 Curator of Jazz Programming at the Carnival Center for the Performing Arts.