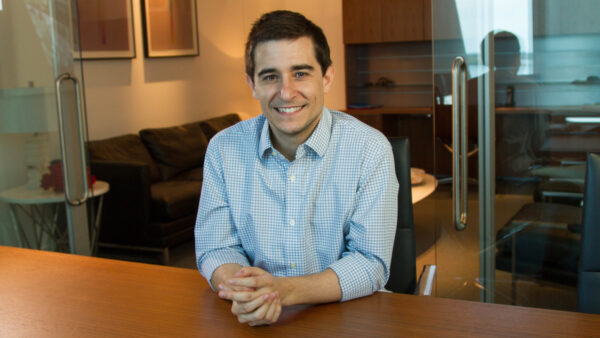 Nico Berardi, managing director of Accelerated Growth Partners, a Miami-based angel investment group supported by Knight Foundation, is stepping down from the post to complete his MBA at Harvard Business School. Raul Moas, who served as executive director of Roots of Hope, Raíces de Esperanza, an international network focused on youth empowerment in Cuba, has been tapped as his replacement.
“I’m excited to stay connected to the Miami community. My partner is staying in Miami; she is a doctor at the University of Miami Hospital, so I’ll be commuting.”

Berardi, who will remain a member of the board, joined AGP in 2014. The organization had started in 2012 as a group of friends, all successful investors, getting together over coffee to informally share information about early-stage investing. It grew quickly, and AGP investors provided seed funding to several Miami startups, including companies such as Kairos and LiveNinja. But without a structure, by mid-2013 the group became dormant. As it turns out, at that time, Knight Foundation was shifting its strategic focus for Miami, including the nurturing of a tech startup ecosystem. Funding and educated angel investors were key challenges. In 2014, AGP relaunched with support from Knight Foundation.

The organization holds 10 members-only pitch meetings a year in which preselected startups make their presentations. “The membership is about 80 right now,” says Berardi. “And I would say that 10 percent were part of the original group, so most folks are new.” As part of its work, AGP has offered programs such as the Angel Education Series, aimed at training local investors on angel investing, in collaboration with Greenberg Traurig, Knight Foundation, and Northwestern University’s Kellogg School of Management.

“The progress [the past two years] has been amazing. I still think there is an enormous lack of capital. We are still seeing more good deals than smart investors and smart money,” he says. “But also we are at a point where the ecosystem [is] a lot more collaborative than it was two years ago. At this point everyone realizes that ‘a rising tide lifts all boats,’ so we’ve come a long way. And the number of companies we’re seeing has increased—and the quality has too.”
But, he cautions, the research about the building of startup communities suggests that “it takes at least 10 years to take hold, and if you look at Miami we are four, five years in. So what’s happened up to now is very promising, but we need to keep our expectations in check. It will take five or 10 more years until we see the real fruit of what we are doing.”

In working to develop a South Florida ecosystem “one of the theories has been that there is wealth here — but also that for entrepreneurs seeking seed and angel funding, finding those investors and connecting with them was a hard thing to do,” said Matt Haggman, Knight Foundation’s Miami program director. “Under Nico’s leadership, AGP has done so much to solve that problem. He built a very impressive group of local investors and at the same time he has been able to scout really promising early-stage entrepreneurs and has put the two together.” 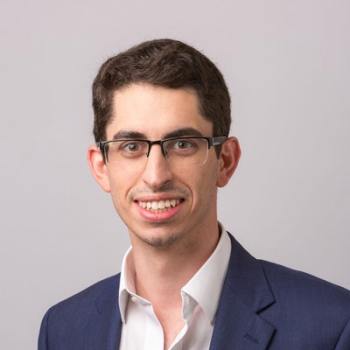 As for Moas, “Raul has shown terrific leadership as executive director of Roots of Hope,” said Haggman. “Under his leadership, Roots has been at the intersection of media, technology, entrepreneurship, and community building, and all those things are important as we think about the continuing growth of AGP.” Roots of Hope has also received support from Knight Foundation.
Over the past two years, says Berardi, Accelerated Growth Partners examined “probably around 1,200 companies,” and members have made “21 investments in 17 companies for $4.5 million.”
“It’s a good start,” he continues. “Have we reached scale where we can employ $3 billion? No. It’s just a slow process. But when I think of what AGP and what Miami [have] accomplished in the past two years I think the progress has been amazing.”
Some issues remain, he says, but still, he sounds optimistic. Collaboration between different sectors, essential in creating a viable ecosystem for startups, has improved, and South Florida is also attracting substantial individuals and companies, such as Magic Leap, which might have a profound impact in the area, he says.

“Look at what happened in Silicon Valley in the ’60s and ’70s: it was all around Fairchild Semiconductor. There was nothing in Palo Alto—until these guys started hiring people, who liked living in Palo Alto so they stayed. And so, from Fairchild Semiconductor came Intel and from Intel came PayPal and so on. Whenever you have a gravitational pull like that, it has a trickle-down effect.”
Moas, the incoming director, who was born and raised in Miami and graduated from the University of Miami, concurs, noting that, “for a long time we talked about brain drain, people leaving Miami. I don’t think that’s true at all now. In fact, I believe we are seeing the opposite; we are seeing brain gain. We are seeing Miami natives who left coming back. We are seeing serious players coming and starting companies here.”

Expectations are large but then, “in South Florida, you always hear a lot of buzz, a lot of activity,” he says. “The challenge is always honing in on what are the serious opportunities and serious players. I believe there is enough quality deal flow here to help us grow and scale our operation. We are bullish on Miami.”