The late don Mario Bauzá, who knew something about Cuban music and jazz, used to bemoan the use of the term Latin jazz. “I don´t know what they´re talking about when people talk about Latin jazz. Nobody is playing Latin jazz, “ he used to say, dramatically, in his trademark growl. “What they are playing is Afro-Cuban jazz.”  Then, after a beat or so, also typically, he would qualify it. “Paquito [D’Rivera] plays Latin jazz. Look at what he has done with Venezuelan waltzes, with tango,  with Brazilian samba. [Jorge] Dalto played Latin jazz. Gato [Barbieri] plays Latin jazz. The rest are playing Afro-Cuban jazz.”  He had, of course, a point.
In fact, Bauzá was doing much more than demanding credit where credit was due.
He was also talking like a true Americano.
Bauzá, who passed on in 1993,  would have been pleased to hear his idea of true Latin jazz, in effect pan-Latin jazz, in the sound of a young generation of Latin musicians. 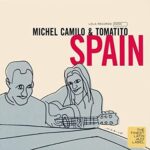 By the sound of Spain, rather than searching for common ground between jazz, Afro-Caribbean music, and flamenco by precise measurements, Dominican pianist Michel Camilo and Spanish flamenco guitarist Tomatito (born José Fernandez Torres) went at it guided by the pleasures of the risk and the discoveries. And what a place they found. When virtuosos meet, music is usually the first casualty. But here, Camilo and Tomatito engage in a remarkable dance, turning around and around with ease, elegantly grabbing and conceding centerstage, by turns supporting and daring each other. In songs such as the title track, “A Mi Niño Jose” or Argentine guitarist Luis Salinas’ tango “Para Troilo y Salgán,” they balance crisp unison runs with silences, knowing pauses, and smart dynamics. They both have experience backing soloists and singers (Tomatito was the accompanist of the great, late flamenco singer Camarón de la Isla ) and know how to nudge and lay back. More intriguing is how they approach a given piece from distinctly different angles and manage to remain true to their styles and the thrust of the song. Throughout, there is a fresh, inviting, why not? attitude about bending rules bent and reinventing traditions and given the results, why not indeed. Then again, that’s one paradox of great artistry, it makes the extraordinary sound deceptively ordinary.

“Panama Blues,” the closing track on Panamanian pianist Danilo Pérez’ Central Avenue (Impulse, 1999), was the result of a virtual session featuring a traditional singer, recorded in Panama, and an augmented jazz trio recorded in New York. Musically, it blended Panamanian folk music with blues and other Latin American rhythms, indigenous instruments, Afro-Cuban bata drums, and a trap set. Sounding both “folk” and manufactured, intensely local yet clearly universal in outlook, “Panama Blues” raised, as much of Perez’s work does, intriguing questions about identity. This is a powerful theme, the subject in Central Avenue, and the subtext of Motherland. In paying tribute to his native Panama, Perez, who wrote and arranged all but one of the 13 tracks, also deconstructs its identity — and while doing so he also finds his own reflection in the pieces. Ultimately unsatisfying – too sprawling, a tad too earnest — Motherland is never less than fascinating. Perez’s playing continues to grow — check his solo in “Song of the Land.” But in Motherland he has saved limited space for himself. This is a composer’s album. Here he examines indigenous folk rhythms (most notably in pieces such as “Elegant Dance,” “Baile,” “Overture” and “Panama 2000”) and other tributaries to Latin American culture (elements of African, Middle Eastern, and European culture are present throughout) while also seeming to air out some of his own influences, from Chick Corea (circa his 1972, “Brazilian” Return to Forever as in “Suite for the Americas, Part 1”), Hermeto Pascoal and Egberto Gismonti (“Rio to Panama”) to Afro-Cuban orisha drumming (“Song of the Land”). Still, in Motherland, the sum is less than the parts. 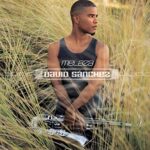 Success creates its own difficult choices – and of those decisions, careers are made. In Melaza, the follow up to the critically and commercially successful Obsesion (Columbia, 1998), his album of Brazilian and Puerto Rican standards, Puerto Rican saxophonist David Sanchez goes for his own brand of Latin jazz. It draws from bomba y plena but also John Coltrane, Ornette Coleman, and Charles Mingus; it uses panderos (traditional handheld single head drums used in plena) but also a time-honored jazz front line of alto and tenor. The writing is knotty: melodic lines dart by in asymmetrical jumps and bursts, the dynamics are dramatic (check “El Ogro” or  “Orbitando” ). The tone is almost relentlessly intense. Melaza is not easy. It also might be his best album yet.

In a recent conversation in Puerto Rico, Sanchez spoke of going into a more linear approach to his writing, emphasizing melody and rhythm and setting the harmony as “a background.” Some of that direction can be heard throughout here. The result is a lean, open sound in the horns over a hard-driving rhythm section playing variations of bomba y plena and a sort of straight-ahead jazz-bomba fusions. There is always time for Obsesion Vol.2.