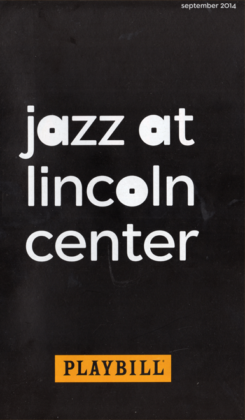 “Jazz is dead” is one of the evergreens in jazz literature. Yet for all the challenges, real and perceived facing jazz in the cultural marketplace, the real story for the past few decades has been the triumph of jazz.

Once a novelty (and a U.S. diplomatic tool) around the globe, jazz has become a lingua franca. Ambassadors such as Dizzy Gillespie, Louis Armstrong, Benny Goodman, Duke Ellington, and Dave Brubeck took jazz in seemingly every direction, defying language barriers and Cold War borders, fostering generations of fans and musicians.

This not only opened new markets for jazz (and fostered goodwill towards the United States), but also, in time, produced a few exceptional contributors. However, as with basketball (another U.S. cultural product that has gone global), foreigners are no longer a curiosity but are becoming key players – and like in basketball, they are changing the game.

It might seem paradoxical, but there is no greater sign of the success of jazz than that while musicians around the world are still studying and celebrating the jazz canon and its creators, many are also already looking past them. For some, emulation and imitation have given way to a search for their own vocabulary, bringing the tools and spirit of jazz to their own musical traditions.

“Music is always a product of the times, and this is one positive aspect of globalization. Jazz is a sort of Esperanto for musicians around the world,’’ said once Cuban reedman Paquito D’Rivera, a champion of this process in both jazz and Latin jazz. “It has always been that and it’s become more so as time passes.”

This is at the essence of this evening’s Jazz at Lincoln Center program New Jazz Frontiers.
The concert features an exceptional group comprising harpist Edmar Castañeda (Colombia), flutist Orlando “Maraca” Valle (Cuba), pianist Edward Simon (Venezuela), bassist Luques Curtis, and drummer/percussionist Daniel Freedman (both from the United States), and the point is made not only by the different traditions – both received and learned– present on stage, but also the fact that these musicians have not played together as a group before tonight.

Jazz is their common language.
“A lot of the young cats playing jazz these days are coming from different countries. They are not just from New York or Chicago,” says Curtis, who was born in Hartford, CT and came of age as a jazz musician playing both straight ahead jazz and Latin music. “And I think they just naturally bring their own music and it all melts into jazz.”
Perhaps because, after all, jazz was born as a Made-in-America global blend, there is an openness, a generosity, and a plasticity in jazz that not only accepts the world but embraces it.

“I think what interests most musicians about jazz is the level of sophistication in the improvisation,” says Simon, who immersed himself in the U.S. jazz scene before developing his own, rich fusion of jazz and Venezuelan and European classical music.
“You have improvisation in Latin America and around the world—but jazz has developed [it] to a really high level. To discover that we can combine that very sophisticated way of improvising with the music of our native countries is exhilarating.

“Then, conceptually, there’s a certain attitude that you have to have to play jazz. Breaking the rules and stretching boundaries has allowed this music to thrive and evolve—and it’s what makes jazz so exciting for both the listener and the player. And finally, what really makes jazz unique and so beautiful is the interaction between the musicians playing it. It’s something that happens at such a high level—and there is nothing like it in any other music.”