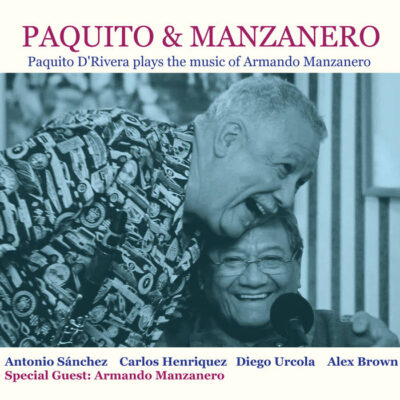 “Jazz is not a what, it is a how,” said pianist Bill Evans.
It is a deceptively simple statement with profound implications. Rather than defining jazz by a certain canon — demanding, for example, that it includes a direct connection to the blues, have swing or some other distinctive, essential element — Evans suggests jazz as a way to do things, to relate to the world.
The jazz repertoire certainly has many examples of this.

Drawing from the  Great American Songbook, it includes many pop hits, songs from films and Broadway musicals and, at least in one case, a cartoon, all recreated as jazz standards. Songs such as “Blue Skies,” a  late 1920s hit;  “What Is This Thing Called Love?, from the musical “Wake Up and Dream;” or the essential “I Got Rhythm,” a number from the 1930 musical “Girl Crazy,” became foundations over which jazz cathedrals were built.
Reinvented by jazz masters such as Benny Goodman, John Coltrane, Charlie Parker, and Miles Davis, the work of Irving Berlin, Cole Porter, George, and Ira Gershwin, Richard Rodgers and Lorenz Hart or Oscar Hammerstein II, found a new, different audience — and a new life.

The music of Mexican composer, singer, and pianist Armando Manzanero has been a mainstay of the Great Latin American Songbook. His work has long transcended the borders of the Spanish-speaking world. His songs have been interpreted by artists as disparate as Elvis Presley, Andrea Bocelli with Christina Aguilera, and Tony Bennett; they have been played in instrumental arrangements by orchestras and even jazz big bands.
In Paquito & Manzanero, Cuban saxophonist and clarinetist Paquito D’Rivera and his quintet approach ten classics by maestro Manzanero with the “how” of Latin Jazz and by doing so they make them new again. Don’t expect the obvious. D’Rivera is an early champion of true Latin jazz. In any given piece, his pan-Latin approach might draw from an Afro-Cuban music style — but can just as easily cite Argentine tango, Venezuelan waltz, or Mexican huapango.

Here, the arrangements by long-time D’Rivera collaborators Alex Brown and Diego Urcola (on “Contigo Aprendí”) re-imagine Manzanero’s songs in unexpected terms. “Amanecer,” a bolero from the 1977 telenovela “Corazón Salvaje,” is here a sunny baiao, but “Te Extraño” is permeated by the melancholy of tango. “Somos Novios,” which Perry Como sang as “It’s Impossible,” takes on a restless, odd-metered Latin groove, while “Voy A Apagar La Luz” becomes a club last-set bebop burner.
Maestro Manzanero was not a mere observer in this project. Before and during the sessions, he offered suggestions that Brown later interpreted in his arrangements of “Llévatela,” “Por Debajo De La Mesa,” “Parece Que Fue Ayer” and “Esta Tarde Vi Llover,” a song that pianist Bill Evans included in his repertoire in the 1970s as “Yesterday I Heard The Rain.” Manzanero, who was introduced to jazz by George Shearing, in the 1960s, calls Evans’ version “the jewel of my catalog.”
While not a standard yet, it has since been revisited by various jazz artists.

Manzanero sings on those tracks — “I wanted to add something personal, a bit of that warmth in a song,” he says — and, by contrast, his singing highlights one of the revelations on this recording.
As a lyricist for romantic pop songs, Manzanero has few peers in the Spanish language, but these re-inventions of his songs, and the improvisations they elicit, underscore how elegantly, and sturdily, his music is constructed. For all the stylistic and genre-bending of the arranging, the designs of the songs required no re-harmonizations or significant structural changes, and his melodies, even without the words, continue to tell their stories.
“If something is that well written, why change it?” says Brown who, having grown up in Connecticut, and knowing “not much” about Manzanero, approached his music without preconceptions. “I felt I couldn’t write anything better than what was already there.”

The results are both, true Manzanero but also surprising, unexpected Manzanero.
Only time will tell if these songs can become part of the standard repertoire of jazz and Latin Jazz, but Paquito & Manzanero speaks of beauty and possibilities, some the traits that made the music of creators like Cole Porter, Gershwin and Kern such an inexhaustible jazz resource.
“What gratifies me most is that it puts me in a place alongside great composers,” says Manzanero. “And it tells me that my music is quality music.”

Paquito & Manzanero was released in January, 2016