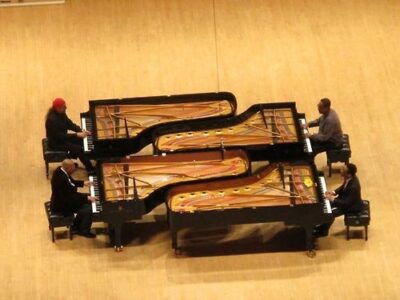 A few months ago, pianist Danilo Pérez explained that his composition “Bridge of Life” was about the theory of how the isthmus where his native Panama sits emerged millions of years ago, separating the oceans, yet also becoming a link between continents. “The piece is also a reference to that bridge that connects the worlds of classical music, jazz, and Latin music,” he added. “Some of it was written, but some of it was improvised.” And because some of the players were classically trained, he recalled, “it was difficult. But I did it that way to invite them to take a leap of faith, to jump and take chances. I told them we wanted to inspire people.” 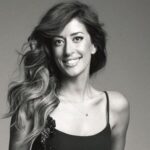 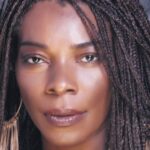 Singers Ana Moura, from Portugal (top photo), and Buika, from Spain, are two of the most distinctive voices in world pop. Each has taken an indigenous, popular genre—fado in the case of Moura, copla for Buika—mastered it, imprinted it with her own style, and used it as a point of departure for other explorations.

Their searches have led to interpretations of other people’s stories with the vocabulary and sensibilities of their own musical languages, Moura reinventing Joni Mitchell’s “A Case of You” and Buika inhabiting Abbey Lincoln’s “Throw It Away.”

Like the blues (its counterpart in the United States) flamenco was born out of need, as an expression of a desperately poor underclass struggling for survival in a place not his own. It was music constructed from memories, but also bits and pieces borrowed from the new home. It was, like the blues, an elusive alchemy of pain into beauty. It spoke of loss and hard times but also hope. And much like the blues, flamenco told the stories of the people who created it.