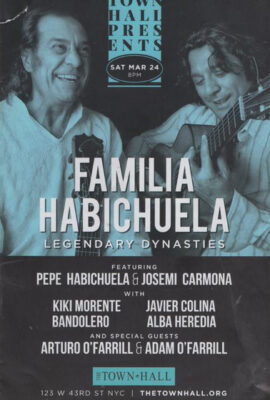 Flamenco guitarist Pepe Habichuela, 73, is the rarest kind of master. Yes, he’s an invaluable link to the history and deepest traditions in the music, but he´s also a seemingly fearless experimenter and a champion of the younger musicians following on his steps. [...]

Born José Antonio Carmona Carmona in Granada, Andalucía, Spain, Pepe Habichuela (the nickname, Habichuela, green bean, is a family mark that has been passed on down from his grandfather) is the patriarch of one of the most influential Gypsy dynasties in flamenco. 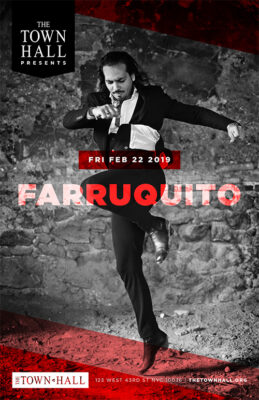 Juan Manuel Fernández Montoya, Farruquito, has been on stage since he was a child.
Born into one of the great dynasties of flamenco, he was 5 years old when from the wings he watched his father, his mother, an aunt, and his legendary grandfather, the great dancer “El Farruco,” perform in Flamenco Puro, (1986) a show that brought flamenco to Broadway. Years later he would talk, still excited, about how he would join some times in the final number.

Since, Farruquito has seemingly enjoyed his greatest triumphs and endured some of his darkest moments under the glare of the public eye — but now, he suggests, you’ll get to actually know him. 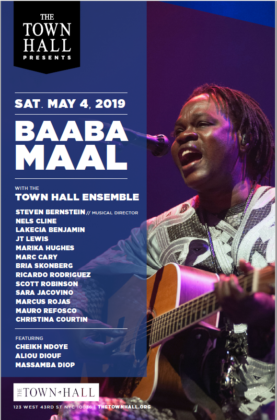 While American audiences have heard him recently  — his voice soaring in the Academy Award-winning soundtrack of Black Panther by Swedish composer Ludwig Göransson — this will be Maal’s first performance in New York City in 8 years.

For the event, he will be accompanied by the Town Hall Ensemble directed by trumpeter, composer, arranger, and bandleader Steve Bernstein, augmented by members of Maal’s own band on African percussion and bass.